The Egyptian pyramids are masonry buildings that date back to ancient Egypt. At least 118 Egyptian pyramids have been identified. The pyramid is unquestionably Egypt’s most famous monument throughout history. Pyramid-shaped masonry constructions are symbolic and significant in Egyptian culture, and they are now among the country’s top tourist attractions. Historians have discovered approximately 100 pyramids in Egypt, the majority of which comes from the Old and Middle Kingdom eras of Egyptian history.

Giza is home to the largest and best-known of the Egyptian pyramids. The Giza Plateau, however, isn’t the only location where you may see historic pyramids. These ancient structures can be found all around Egypt, and many travelers take the opportunity to see as many as they can during their visit. Take a closer look at some of Egypt’s lesser known, but no less spectacular, pyramids, in addition to the well-known Great Sphinx and the Pyramid of Khufu, which most tourists will photograph during their visit.

The Red Pyramid is the highest building in Dahshur, and its name derives from the reddish rusty color of its stones. It wasn’t always this color; it used to be a magnificent pure white of Tura limestone, south of modern Cairo. The casings of all pyramids were composed of this white limestone, which was reused in the middle ages. After the pyramids of Khufu and Khafra at Giza, it is the third-largest Egyptian pyramid. It’s also known as the North Pyramid. 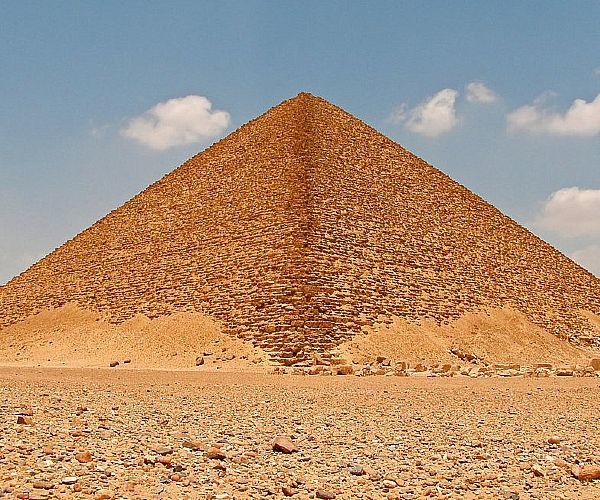 Sneferu, the father of Khufu, who built the Great Pyramid at Giza, built the Bent Pyramid in Dahshur around the end of the 27th century BC. It represents a significant stride forward in the evolution of pyramid construction. Sneferu constructed several pyramids at Dashur, but the Bent Pyramid was the first. The Bent Pyramid got its name from the way it was built. The structure’s base rises from the desert floor at a 54-degree angle, whereas the top half rises at a 43-degree inclination. As a result, the pyramid seems twisted or tilted to one side. The pyramid’s formal name is the Pyramid of Sneferu, or the Southern Shining Pyramid. 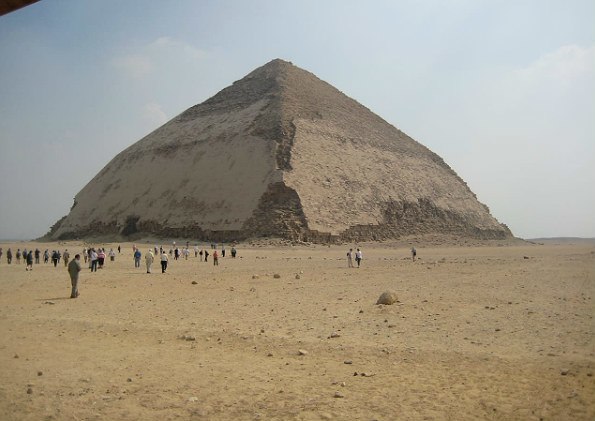 Amenemhat III (of the Middle Kingdom of Ancient Egypt) built the Black Pyramid of Dashur during the early part of his reign. Unfortunately, the pharaoh did not heed history’s warnings, and as a result, this pyramid is now in disrepair. The Black Pyramid was named for the color of the mudbrick core revealed by the missing casing blocks, but it was known to the Ancient Egyptians as “Amenemhat is mighty and perfect”. It’s one of only five of the 11 pyramids at Dahshur still standing.

Meidum, about 100 kilometers (60 miles) south of Cairo, has a pyramid that is roughly the same height as Giza’s Pyramid of Menkaurein. Meidum was built during Egypt’s Third Dynasty, making it older than the Pyramids of Giza. Meidum was created for Huni, the final pharaoh of the Third Dynasty. You can easily tell that pyramid construction was not yet a science at this point. Meidum was initially designed as a step pyramid with terraces to make construction easier for each level, rather than with smooth sides. The outer layer was also made of sand rather than stone, which may have contributed to the pyramid’s eventual collapse. 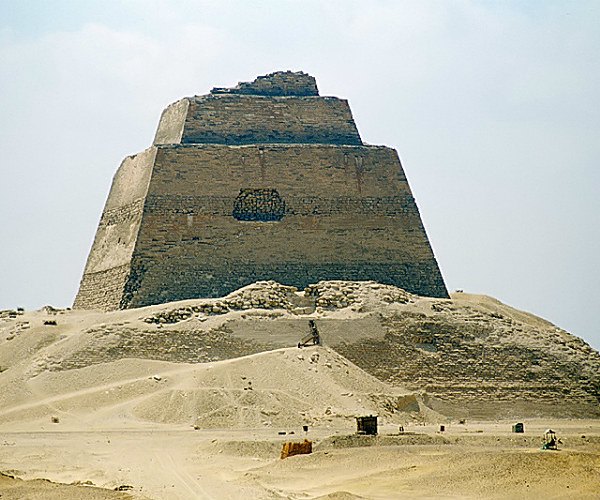 The Pyramid of Userkaf, built between 2494 and 2487 BC during the rule of Userkaf, a Fifth Dynasty pharaoh, is one of the pyramids found in Saqqara. The traditional name for the pyramid, El-Haram el-Maharbish, translates literally as “Heap of Stone.” Userkaf does have a rubble core, and the remaining components are dressed stone. The Pyramid of Userkaf is now in ruins, resembling more of a sand-filled conical hill than a proper pyramid.

The Pyramid of Hawara, situated approximately three hours south of Cairo, was built by Amenmehat III, the sixth Pharaoh of the 12th Dynasty. Historians estimate that the Pyramid of Hawara was built around 1850 BC, making it around 3,865 years old now. The Pyramid of Hawara is often referred to as the “Black Pyramid” because it appears significantly darker than other Egyptian pyramids from the same era. The pyramid was constructed of brick stones and then covered in limestone to give it a dark effect. 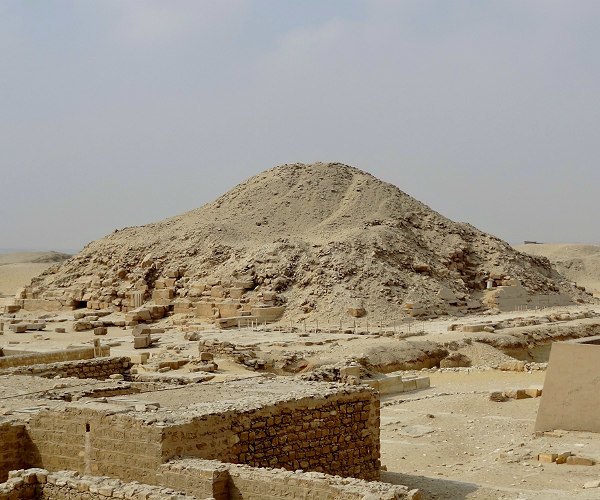 The Pyramid of Unas is remarkable in particular because it was the first to include what are now known as Pyramid Texts. The pharaoh had magical writings carved directly into the walls to protect him in the afterlife. Several pharaohs followed Unas in doing the same thing, becoming common practice among Egyptian kings.

Another significant construction in Saqqara’s pyramid fields is the pyramid of Teti. Teti, built in the Sixth Dynasty between 2345 and 2333 BC, was only the second of the Egyptian pyramids to include Pyramid Texts, or magical spells etched or carved into the walls of the tombs. Excavation and exploration in the late nineteenth century showed that the Pyramid of Teti is composed of one major pyramid for the burial of the king, a funerary temple, and two smaller pyramids possibly intended for Pharaoh Teti’s queens.

Finally, we can’t mention all these pyramids and forget about one of the Seven Wonders of the world! which is the Giza Pyramids of Egypt which are among the most popular tourist attractions in the world and were even in Roman times. Each of these magnificent monuments was the final resting place of a 4th Dynasty (c.2613–2494 BC) ruler. The Great Pyramid of Giza was built for King Khufu (c.2589–2566 BC), and the other two for his son and grandson, Khafre and Menkaure. Khufu’s pyramid is the oldest and largest of the three, and the first structure to surpass it in height would not be constructed for another 3,800 years!